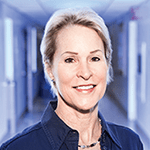 Nature makes a stunning array of molecules and materials using spectacular catalysts that you can literally scrape from the bottom of your shoe. But chemists make, and dream of, many more that are not known in biology. We would love to be able to program biological systems—e.g. clean and efficient microbial factories—to make some of these molecules and materials, but that will require new biological catalysts. Not satisfied with nature’s vast catalytic repertoire, we want to create new enzymes and expand the range of genetically encoded chemistry. I will describe how we can use the most powerful algorithm for biological design, evolution, to optimize existing enzymes and invent new ones. Mimicking nature’s evolutionary tricks and using a little chemical intuition, we can generate whole new enzyme families that catalyze important reactions not (yet) known in nature, thereby expanding the chemistry of the biological world and the molecules and materials we can build.

A graduate of Princeton University and the University of California, Berkeley; Arnold is listed as the co-inventor on more than 30 U.S. patents. She has also served as science advisor for over 10 companies, which include Maxygen, Amryis, Codexis, Mascoma, Fluidgm, and Genomatica. In 2005, she co-founded the biofuels company, Gevo Inc., where she also served as a science advisor. On the faculty of Caltech, her main focus is renewable energy and sustainable chemistry.