University of Washington researchers have developed the first adaptive socket, giving people with limb amputation a new level of freedom: “I can focus on my life.”

Many people might take for granted that they can run, play with their kids or pets, and move about without much thought. People with limb amputation, though, struggle with the comfort, fit and function of their prosthesis on a daily basis.

Researchers and prosthesis users know that maintaining a secure, comfortable fit has been notoriously tricky. Natural volume changes in the residual limb throughout the day often cause users to add or remove padding to tweak the fit after sitting, standing or moving.

“Very small changes in the size of a person’s residual limb change how the prosthesis feels,” explains Kate Allyn, a licensed certified prosthetist in Professor of Bioengineering Joan Sanders’ lab at the University of Washington (UW). “Over the day, the socket may become uncomfortable and cause pain, instability, compensatory strategies or injury to the user.” 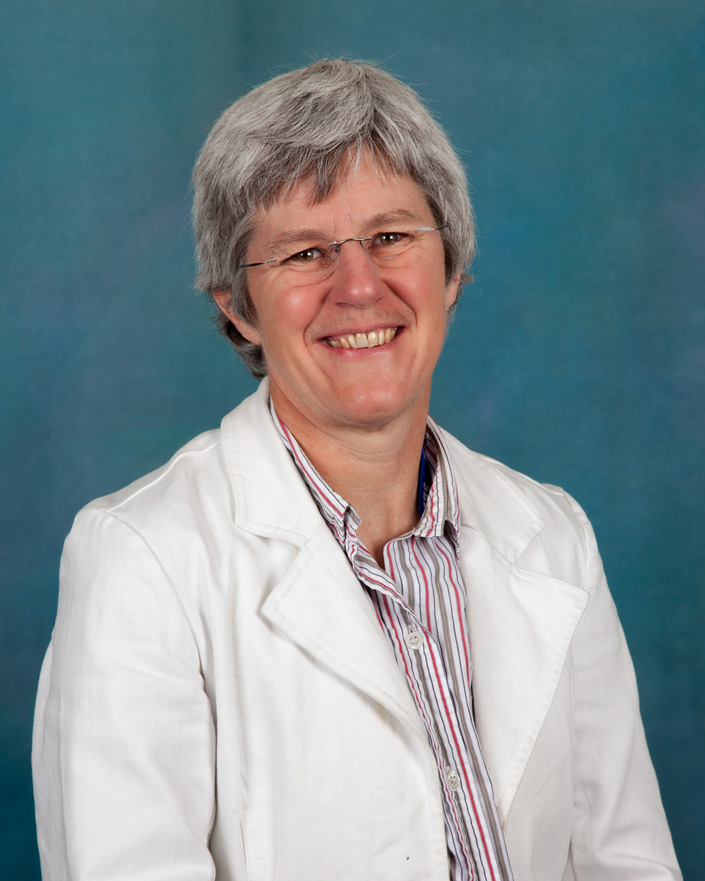 Now, a team of UW bioengineers and clinicians led by Sanders has solved this problem: They’ve created a socket that automatically changes size as the user’s limb changes size.

“I don’t have to think about my socket, if I should stop and take my prosthesis off to add or remove socks,” said one user who tested the auto-adjusting socket. “Everything is taken care of. I can focus on my life, what I am doing, playing with my kids. This is an amazing technology.”

Sensors and motor-driven panels built into the socket work together to expand or tighten the socket’s fit. The auto-adjustments are small, frequent and even undetectable to users, maintaining their preferred fit to within a fraction of a millimeter during cycles of walking and sitting, the team reported in April. Following several successful lab tests, the auto-adjusting socket is now being tested by users at home, and a new clinical trial is under way.

“This project was a home run from the start”

Sanders and her lab developed the technology as part of a $6 million Joint Warfighter Medical Research Program grant from the U.S. Department of Defense. The government awards only 30 such grants every three years in all areas of medicine.

“The grant allowed us to hire a lot of people to focus on a very innovative idea,” Sanders says. “The idea emerged in part from an article in a NASA magazine noticed by one of our Bioengineering Ph.D. students at the time, Christian Redd (BioE Ph.D. ’17). The article described a new sensing chip and antenna that he realized perhaps could be used to monitor sock thickness.” We later realized that it could be used to detect socket fit.

“This project was a home run from the start,” Sanders says. “Our first prototype worked well, and the innovations kept on coming to make it better, smarter and faster. Much of the credit goes to the prosthesis user participants who spent countless hours testing our technology and providing feedback. They are the stars of this effort.”

Now with a new grant, the Sanders lab and collaborators are testing the technology at the U.S. Army’s Center for the Intrepid (CFI) in San Antonio, Texas, a facility that provides rehabilitation for Operation Iraqi Freedom/Operation Enduring Freedom soldiers who have sustained amputation or limb disability. The center’s goals include optimizing recovery and enhancing performance.

Working with CFI principal investigator Lee Childers and his team, the group is testing the auto-adjusting socket in a simulated ambush setting called the Computer Assisted Rehabilitation Environment (CAREN) and in a military functional evaluation test called the Functional Capacity Evaluation – Military (FCE-M).

“We’re honored to work with this community and help injured service members return to a level comparable to or higher than before their injury,” Sanders says.