Update: New Books Network interviewed Albert Folch about his new book in a podcast that aired June 15. Learn more and listen here or search for “New Books in Science” and “Hidden in Plain Sight” wherever you get your podcasts.

Nowadays, printing out a computer document or taking an early pregnancy test at home is commonplace for many people. Sequencing DNA is essential to medical and scientific research. 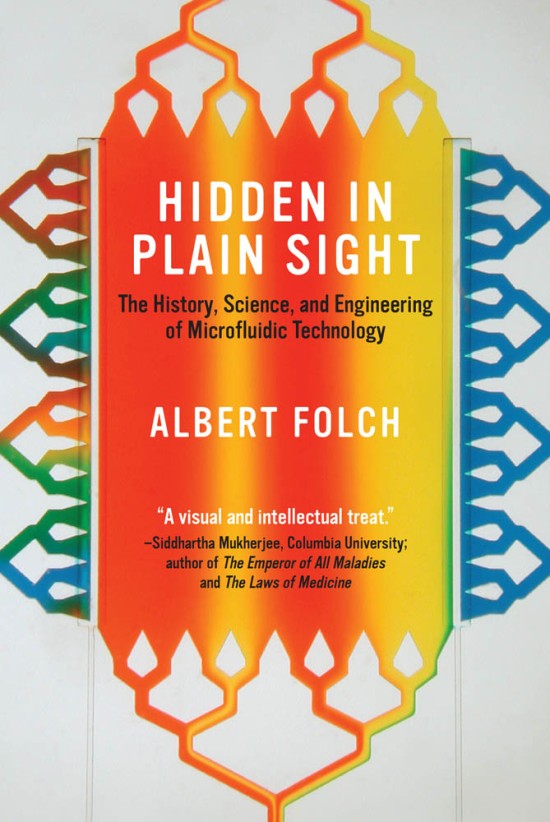 In his latest book, Albert Folch lifts the cover on the microfluidic technology behind those inventions and many others that have made a profound difference in our modern life and looks at where that technology is poised to make an impact next.

Folch’s new book, Hidden in Plain Sight, explains the technology underlying many of the everyday devices we rely on, from inkjet and 3D printers to glucose strips and COVID-19 tests. He also explores the origins of the inventions, including the teams, circumstances and unique places that gave rise to this often overlooked tiny tech.

Folch, professor of bioengineering at the University of Washington, says the title – suggested by his wife, Lisa Horowitz, who works in his lab – nods to the fact that most people are not aware of this technology because engineers purposely hide it under a user interface, the same way you cannot touch the microelectronics of your smartphone or of a car’s engine.

In microfluidic systems, small amounts of fluid – only a miniscule drop – travel through channels thinner than a human hair. Valves control the flow and interaction with other fluids or substances. As he wrote in an article for The Conversation last year, these channels can be made of glass, polymers, paper or gels, and fluids can be driven through them via forces such as wicking, a mechanical pump, or surface charges and electric fields.

Fluid moves through a micro-sized channel differently than a sink faucet or garden hose. In large pipes there is space for turbulent eddies to form, but in micro-sized channels, the walls are so close to the center that the fluid flow is organized into what is called laminar flow, where streamlines run parallel. In a microchannel, laminar flow happens even at very high flow rates. 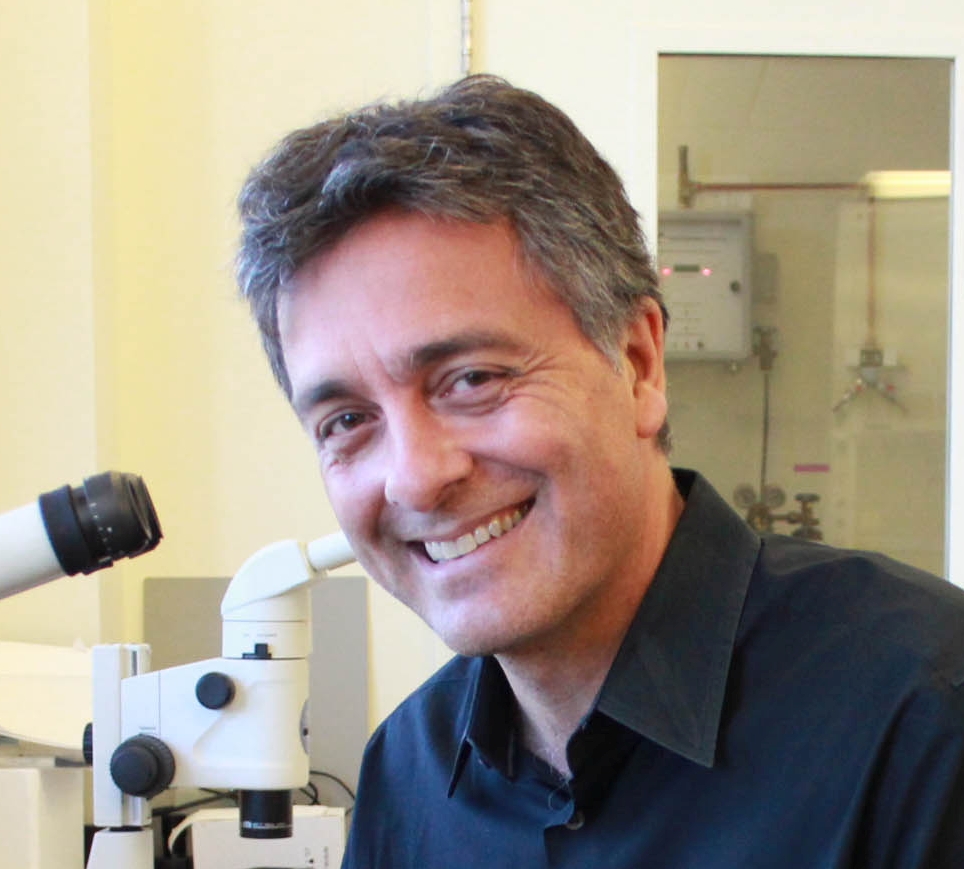 Microfluidics for personalized medicine and more

Folch’s own research focuses on developing microfluidic devices that diagnose cancer and test cancer drugs on biopsied cells to determine which drug cocktail works best on a particular patient’s tumor. He and his lab are designing the systems to be as easy to use as a smartphone and readily available to health providers.

You write about the democratization of microfluidics. Can you talk about that and how successful it’s been?

Before the 1990s, microfluidic devices were made in silicon or glass, and researchers had to fabricate them inside a clean room. If you did not belong to the “elite,” you could not participate in microfluidics research. In the 1990s, molding approaches (the most notable of which was polydimethylsiloxane, or PDMS, molding) were developed that made it easier for researchers to participate, because access was needed only occasionally to fabricate the mold. Those were the first efforts towards the “democratization” of microfluidics, and many scientists including myself benefitted from that “revolution.” Yet it was not sufficient, because fabrication of the mold required access to either a clean room or high-resolution methods that remained very expensive and specialized. With the advent of 3D printing, a second wave of democratization (still underway) has recently enabled the fabrication of devices entirely outside the clean room, with little expertise. This second wave is bound to be perhaps much more impactful than the first one because it will reach not just engineers but also biomedical scientists, students and educators – there are 3D printers everywhere and they are very easy to use.

Tell me about the range of origin stories you’ve explored in this book. Are there any common themes or catalysts that stand out? 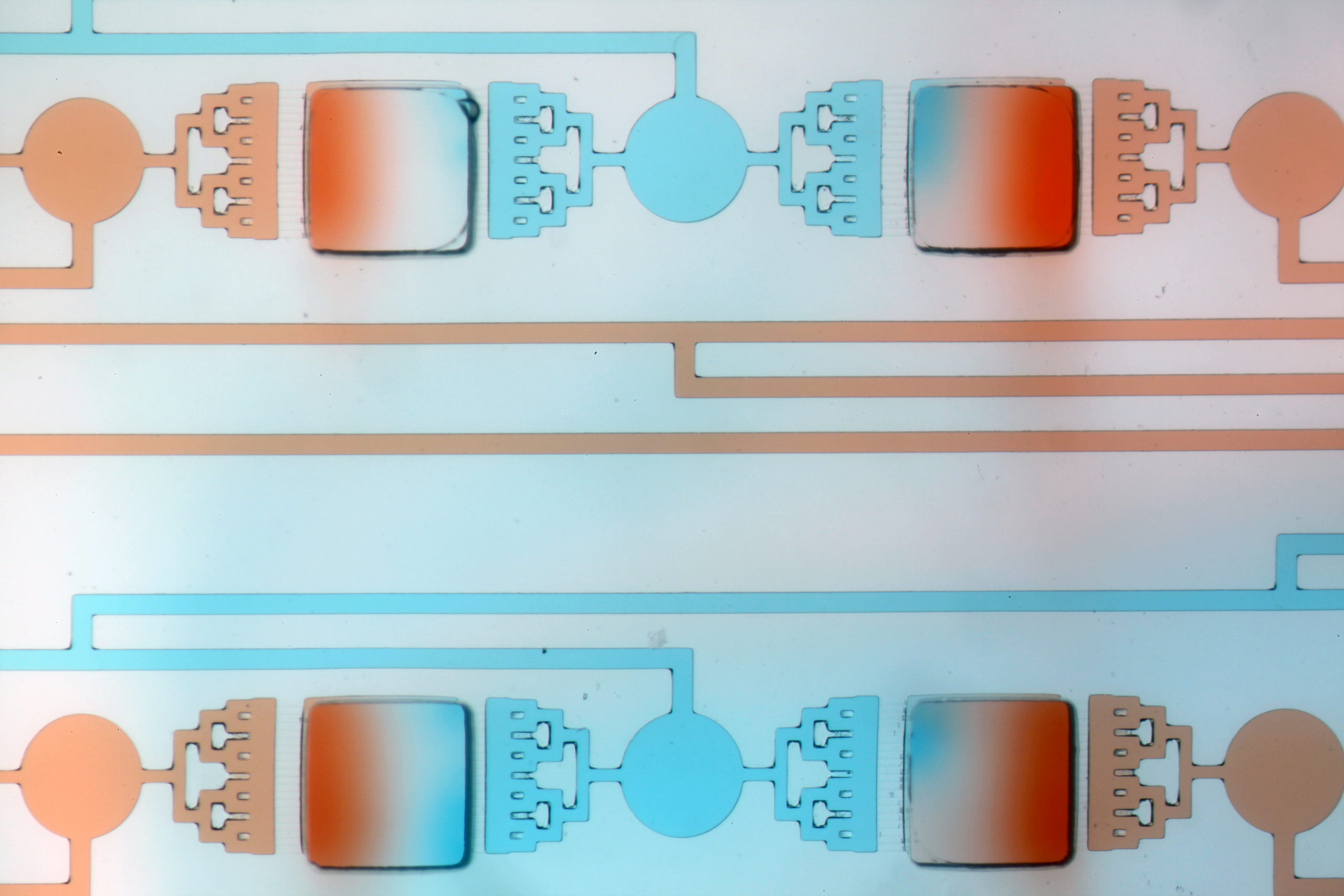 The book covers the great successes of microfluidics (those that are already in the hands of people or just about to be) and the people and circumstances that enabled them. After a brief chapter that introduces the reader to essential terminology, the book starts with droplets – the elementary unit of microfluidics – and the most important droplet device ever invented: the inkjet nozzle (used in printers and 3D printers). I also talk about droplets that we use in creams and sauces – called emulsions. Following chapters are about the human genome, which was decoded thanks to microfluidics, the glucometer, organs-on-chips, the pregnancy test, chips for circulating tumor cells and 3D printers.

In your own microfluidics work or others’, can you share about a time something unexpected or surprising happened?

Around 2014, my student Anthony Au (BioE Ph.D. ’14, UW MBA student Class of 2023) was going through a rough time in his Ph.D. I had assigned him a difficult project that involved building a device with lots of PDMS valves, and nothing was working. One day, I received a brochure from a service (now called Protolabs) that showed a 3D printed microfluidic device, yet I knew from the literature that nobody had published one. So I encouraged Anthony to look into it, as an alternative to the PDMS technology, and after a short period of time he had designed and ordered several devices that became a paper, then another, and three more – all using 3D printing. His five publications on 3D printing already accumulated 1,500 citations and have attracted funding to the lab. From that I learned that there is always an ideal project for just about any student.

What’s just on the horizon and what do you envision for the future of microfluidics?

I think this is a somewhat personal question, as other scientists may have different crystal balls. As for my own horizon, I decided a while ago to focus the efforts of my lab to answer a very simple question: Can we perform drug tests using human biopsies, altogether bypassing animal testing? This question is very fertile because the small size of the biopsies is an excellent technological match for microfluidics, so what becomes a challenge for most people is an advantage for us. I have already planned the next 10 years of my lab’s research around it, and I see no end to it.

As for the general future of microfluidics, we need new materials that will give us new functionalities. Undoubtedly, microfluidics has gone very far, but one of the dangers is complacency. Most scientists outside the field of microfluidics have the impression – built upon the success of some of its applications, such as the ones described in the book – that microfluidics is a mature technology. Yet microfluidic valves cannot be operated with a small battery, like the transistors of a smartphone. And when we want to 3D print a microfluidic device, our choices of materials are still very restricted. That’s why in my lab we investigate new 3D printable resins.