The $138,000 fellowship award provides an annual $34,000 stipend for three years, plus a $12,000 tuition allowance to the university. Fellows also gain opportunities for international research and professional development, along with the freedom to conduct their own research. 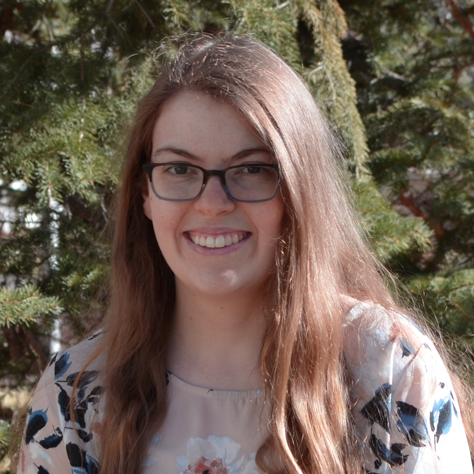 Second-year Ph.D. student Chelsea Gibbs is working to understand what causes cardiac arrhythmias after stem cell-derived cardiac cells are engrafted in heart tissue. To do this, she uses computational modeling software to carry out electrophysiology simulations at the cellular and tissue scale. The project is a collaboration of Assistant Professor of Bioengineering Patrick Boyle’s Cardiac Systems Simulation (CardSS) Lab, where she works, and joint Professor of Laboratory Medicine & Pathology, Cardiology and Bioengineering Charles Murry.

In another project, she is working with an undergraduate in the CardSS Lab to use a modified genetic algorithm to create disease-specific models of induced pluripotent stem cell-derived cardiac cells.

“Receiving the NSF fellowship showed me that I can successfully communicate my research and ideas, and that others want to support me as I pursue a STEM career.”  – Chelsea Gibbs

“Receiving the NSF fellowship meant a lot to me,” Chelsea said. “It showed me that I can successfully communicate my research and ideas, and that others want to support me as I pursue a STEM career.” After completing her degree, Chelsea says she hopes to leverage her cardiac modeling skills in an industry position “to help bridge the gap between experimentalists and clinicians, with the overall goal of improving cardiovascular health.”

Chelsea earned an honors bachelor’s in biomedical engineering from the University of Utah, along with a minor in Spanish. As an undergraduate, she worked in a synthetic biology lab, where she co-authored three research papers and mentored fellow lab students. She received numerous scholarships and grants at Utah and has also won the UW Graduate School Top Scholar Award here at UW.

While at Utah, Chelsea was involved in several leadership and volunteer programs, doing science, technology, engineering and math outreach for both elementary and middle school students, something she wants to continue doing after the pandemic. In her free time, she enjoys knitting, hiking and reading. 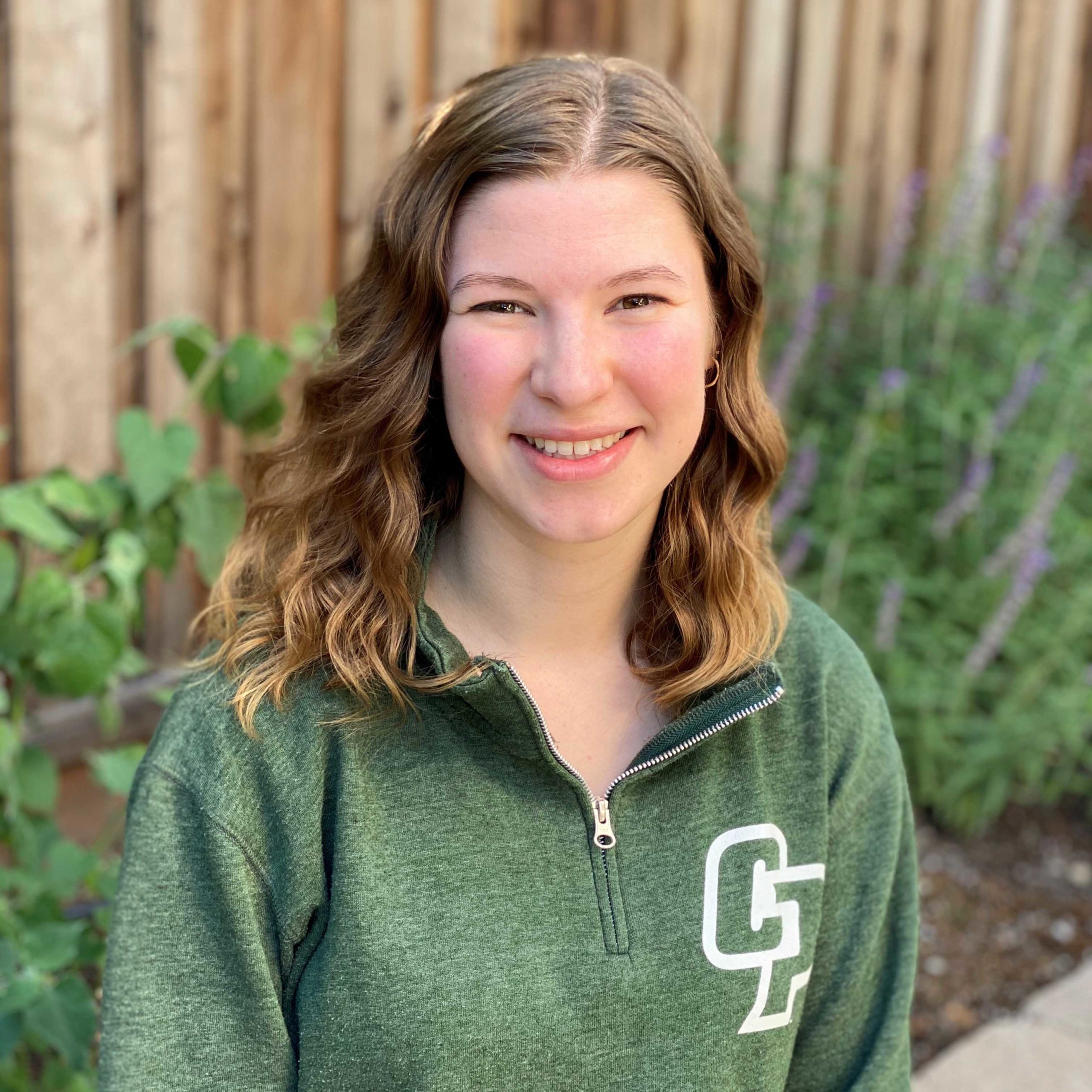 First-year Ph.D. student Nicole Gregorio is developing a new way to deliver drugs using ultrasound. The goal is to create an injectable biomaterial depot that would contain both drug and air-filled protein nanostructures, called gas vesicles, that respond to ultrasound waves. This would allow multiple drugs or doses to be delivered at different points in time in response to various ultrasound pulses.

Nicole works with Cole DeForest, joint associate professor of bioengineering and chemical engineering. The DeForest lab mainly focuses on stimuli-responsive biomaterials and the ability to use biomaterials to guide cell fate to address a variety of health-related problems.

“The award is confirmation from scientists that my ideas and work are worth the effort and will positively contribute to the scientific community.”  – Nicole Gregorio

“The award is confirmation from scientists that my ideas and work are worth the effort and will positively contribute to the scientific community,” Nicole said. After earning her degree, Nicole is interested in continuing her research through a postdoctoral position and pursue a role as a professor in bioengineering or biochemistry. She would like to combine her passion for research and education.

No stranger to being honored for her work, Nicole received the Cal Poly College of Science and Mathematics Academic Excellence Award, the American Chemical Society Undergraduate Organic Chemistry Award and several Department of Chemistry honors at Cal Poly.

When Nicole isn’t working in the lab she enjoys hiking and exploring local parks – Discovery Park is one of her favorites. Her creative talents include cross-stitching, knitting and hand lettering. 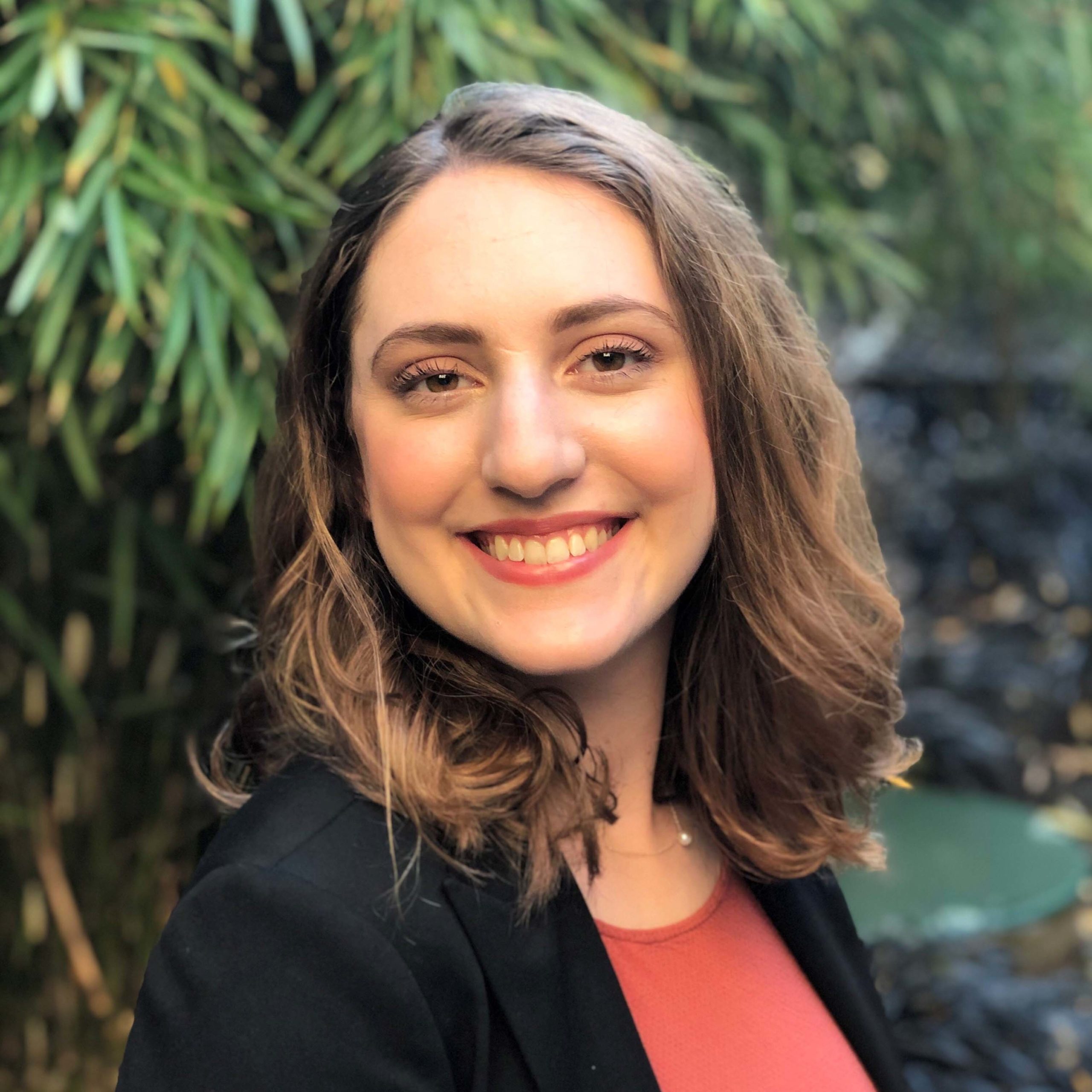 Samantha Koplik, who goes by Sam, is a first-year bioengineering Ph.D. student, with a primary interest in synthetic biology. She works with Associate Professor Georg Seelig in the Department of Electrical & Computer Engineering and the Allen School of Computer Science & Engineering. The Seelig lab works to identify systematic design rules for constructing biological control circuits with DNA and RNA components.

“I am pleased that more students with disabilities are getting fellowships. This award is a step in the right direction.”  – Sam Koplik

Receiving the NSF award means a great deal to Sam because of her disability. She shared that having Crohn’s disease keeps her from following the same timeline as other Ph.D. students. However, receiving the award means she can make an impact even though her disease presents extra challenges. “I am pleased that more students with disabilities are getting fellowships,” Sam said. “This award is a step in the right direction.”

Sam graduated from Boston University with a B.S. in biomedical engineering. One of her undergraduate research experiences was in a lab at Massachusetts General Hospital and Harvard, where she studied the effect of Crohn’s disease-associated SP140 mutations on macrophages.

Outside of the lab, Sam enjoys biking the Burke Gilman trail and going to the dog park with her puppy Luna. Her neighbors enjoy the abundance of gluten-free baked goods she makes and shares. 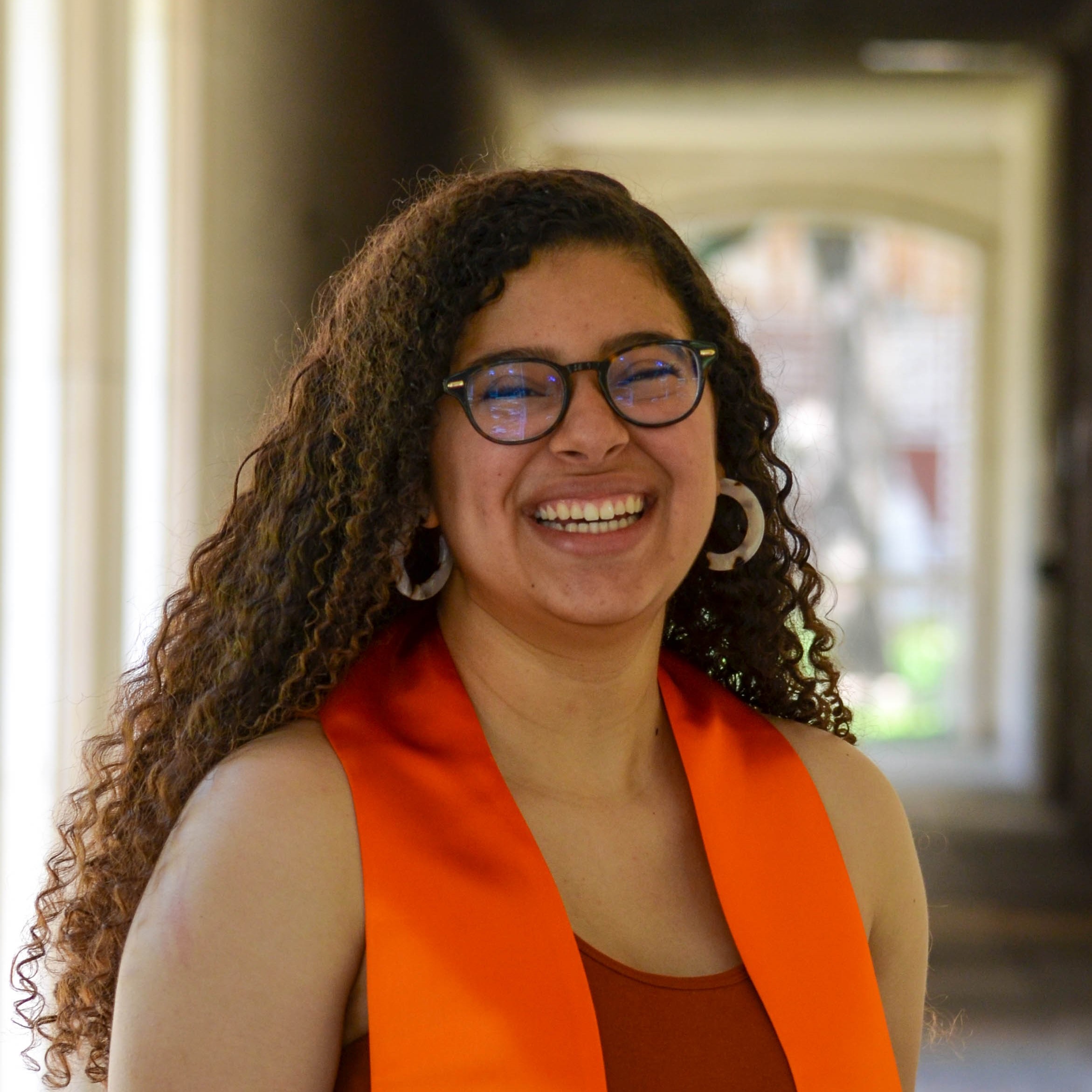 As she creates the atlas of tissues, she anticipates marking structures that haven’t been seen before. “The textbooks say one thing, 2D imaging says another, but when we really look at a big slab of tissue in 3D, we’ll see what is actually happening, both in healthy and diseased tissues,” she says. The work has implications for tissue engineering and regenerative medicine, and she adds, “it could also make a huge difference in clinical settings, in terms of diagnosis, understanding disease trajectory and treatment.”

Receiving the NSF fellowship was a “boost of confidence that I’m doing the right thing, and I’ve got the right mentors,” Susana says. “It’s a huge honor and privilege.”

“I have yet to have any professors that look like me, and I think it’s important to bring as many different perspectives and life experiences to academia, especially in STEM, as possible.”  – Susana Simmonds

After graduating, she’s currently planning to work toward becoming a professor. “I have yet to have any professors that look like me, and I think it’s important to bring as many different perspectives and life experiences to academia, especially in STEM, as possible,” she says.

Born in Venezuela, Susana grew up near Houston. She received her bachelor’s in biomedical engineering from The University of Texas at Austin in 2020, where she worked in the lab of Dr. Nicholas Peppas. She held a leadership role on the Biomedical Outreach and Leadership Team (BOLT), a K-12 STEM outreach organization, for three years, where she developed interactive activities for university and state-wide STEM events.

At UW, Susana is also a 2020 Seattle ARCS Foundation Fellow and serves as graduate co-director on the executive board of UW’s Institute for Stem Cell and Regenerative Medicine (ISCRM) UNITE, a new diversity, equity and anti-racism organization. Outside of school, Susana loves doing crosswords, watching the sunset and playing with Poki, her cat.