Amy Orsborn, the Clare Booth Luce assistant professor, is part of a new $15 million, five-year effort to integrate artificial intelligence tools into the scientific research process in order to capitalize on the vast amounts of data now generated in experiments.

Dr. Orsborn holds appointments in both electrical and computer engineering and bioengineering.

On Sept. 28, the National Science Foundation announced the award, which will fund the Accelerated AI Algorithms for Data-Driven Discovery Institute — or A3D3 Institute — a partnership of nine universities, led by the University of Washington. 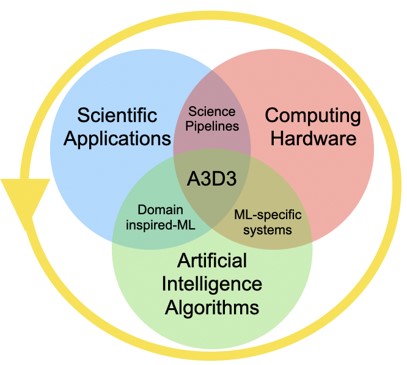 In neuroscience, A3D3 efforts will center on understanding the complex neural networks within the human brain that govern motor functions and process sensory information.

“We can now measure more of the brain for longer periods of time. We need new tools to analyze these massive datasets,” said Dr. Orsborn, who is also a core staff scientist at the Washington National Primate Research Center. “Analyzing data quickly will also enable new experiments and therapies where we can intervene based on ongoing brain activity.”

Researchers need AI-based algorithms to analyze neural datasets in real time — such as electrical recordings from implanted electrodes and for a wide range of basic science studies. A3D3 researchers will focus on developing these types of tools, which can help decipher the neural underpinnings of behaviors like basic motor functions and responses to stimuli.