Two UW Bioengineering-affiliated teams won prizes at the 2017 UW Business Plan Competition May 25, including the Best Innovation/Technology Idea Prize. They made it through several rounds of competition from 82 teams in the initial screening round to among 36 teams vying for prize money to help launch their startups.

The UW Business Plan Competition (BPC), hosted by the UW Foster School of Business’ Buerk Center for Entrepreneurship, provides student-led teams with mentoring and feedback, exposure to angel investors, venture capitalists, and BPC alumni from the Seattle area, and the opportunity to show that their business idea can make it in the real world.

Marking its 20th anniversary, this year’s competition featured teams from 12 colleges and universities around the state. University of Washington teams represented 10 colleges and schools on campus. This year also involved 598 judges, coaches, and mentors from the entrepreneurial, venture capital and angel investing community. Over the past two decades, the UW Business Plan Competition has awarded more than $1.3 million dollars in seed funding to more than 165 student teams. 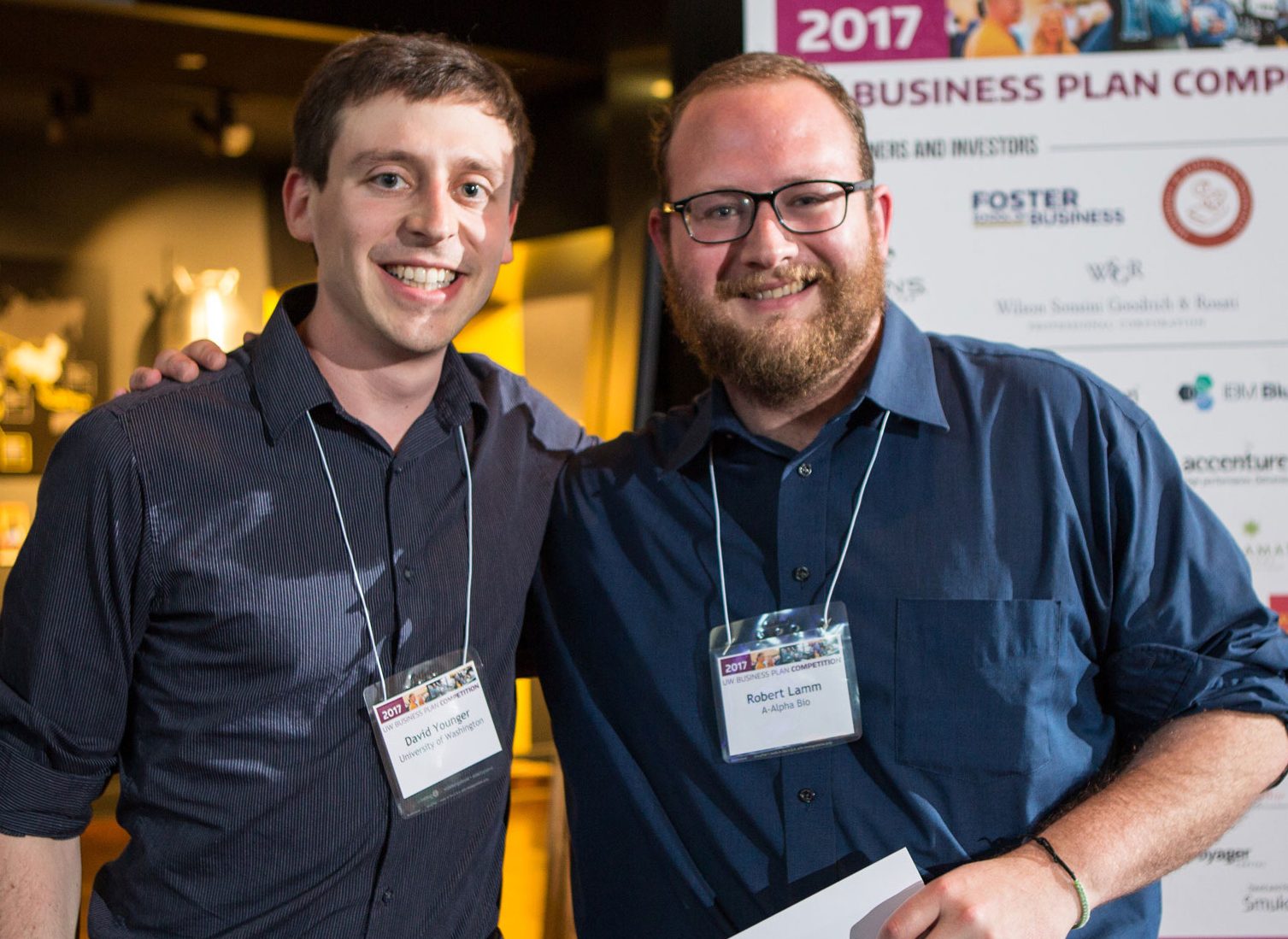 A-Alpha Bio won Best Innovation/Technology Idea for its multiplexed in vitro toxicity screen that could reduce the number of drugs that fail after reaching late-stage clinical trials.

Airy won a Big Picture Prize for its battery-free, wireless home security solution that uses sensors that can be mounted on a door or window frame to harvest energy. GelloPellet Technology made it to the Top 36 Investment Round in this year’s competition, where they met with judges and showcased their idea.

GelloPellet Technology provides a better way to prevent periodontitis recurrence. After going through FDA 510 (k), we will implement a two-step marketing strategy by building awareness among patients and distributing the product into clinical trials.