The Department of Bioengineering, a joint department in the School of Medicine and the College of Engineering, is one of the first bioengineering programs established in the US, and has been ranked among the top programs in the nation since its inception.

“These high impact hires in neuroengineering and immunoengineering will provide complementary skills to our UW teams to accelerate advancements and make a difference for people with stroke, dementia, mobility problems and other diseases, especially cancer,” says Cecilia (Ceci) Giachelli, department chair and the W. Hunter and Dorothy Simpson Endowed Chair in Bioengineering.

“Our university is proud to be on the cutting edge of advances in bioengineering,” said UW President Ana Mari Cauce. “With the addition of these highly talented faculty, we are strengthening our pursuit of understanding and combating health challenges from dementia to cancer.”

Through these multiple collaborations, the UW is inventing and improving treatments for patients with a variety of neural and mobility problems, such as stroke, paralysis, traumatic brain and spinal cord injury, multiple sclerosis, Parkinson’s disease and epilepsy.

As the control center for the body’s nervous system, the brain receives and sends signals to cells and muscles. UW researchers are developing solutions to connect the brain and technologies that allow patients to control limbs again simply by thinking, and are working toward technologies that would restore sensing ability.

“This is a model partnership between BioE, EE, College of Engineering and the School of Medicine,” says Radha Poovendran, professor and chair of electrical engineering. “For the last couple of years, we have been looking to hire extraordinary faculty members in the area of rehabilitation technologies and devices for spinal cord injury and stroke. These transformative faculty hires will strengthen our ongoing work at UW, led by Rajesh Rao

[director of CSNE] and Chet Moritz [associate professor of rehabilitation medicine]. We acknowledge the support of the Claire Booth Luce Foundation and the Washington Research Foundation in these hiring efforts. The barrier to collaboration is indeed zero at UW.”

Rajesh Rao, director of CSNE and professor in computer science and engineering, is enthusiastic about the impact the new hires will have at UW. “Bioengineering’s new faculty hires are absolutely top notch,” he said. “As part of CSNE’s research team, they will help propel us to our goal of building bidirectional brain-computer interfaces for stroke, spinal cord injury, and other neurological conditions. These hires have already turned heads in the field and will cement UW’s position as one of the top institutions in neural engineering.”

Co-directors of UWIN Tom Daniel, the Joan and Richard Komen Endowed Chair in Biology, and Adrienne Fairhall, professor in physiology and biophysics, said in a statement, “This cluster of hires, enabled by WRF support of the UW Institute of Neuroengineering, represents a truly transformative faculty recruitment. Along with recent hire Dr. Bingni Brunton [biology], the support of WRF in bringing Drs. Yazdan-Shahmorad and Orsborn, along with Dr. Berndt, will solidify and expand UW’s outstanding national profile in neuroengineering and neural computation. These recruits bring to UW new expertise in cutting-edge technologies for brain recording and manipulation, and will interface with UW’s active neuroscience and engineering community to use and develop new devices and computational approaches to understand and intervene in nervous system function.”

The new faculty and their partner organizations on campus will also provide opportunities for UW Bioengineering students to participate in campus-wide collaborative projects in neuroengineering and immunoengineering, through which they can amass a range of skills.

UW bioengineering is also grateful for the support of the following UW units in all recruitments this year: UW College of Engineering, UW School of Medicine, UW Office of Research and the UW President’s Office.

The department is also pleased to announce the hire of Molly Blank (Carnegie Mellon University) as a full-time lecturer and design instructor for the Master’s of Applied Bioengineering program. Department promotions include Barry Lutz and Kim Woodrow to associate professor, effective July 2016, and Alyssa Amos Taylor to lecturer senior, effective September 2016. 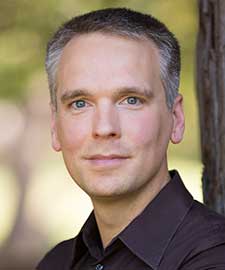 Andre Berndt joins bioengineering this winter as an assistant professor. Andre is a protein engineer specializing in development of next-generation optogenetic tools, or the use of light-activated proteins to control cells in living tissue, for brain stimulation and recording. He did his postdoctoral research at Stanford University, where his structure-guided engineering of light-gated ion channels enabled new ways to control brain activity in animals using light. Andre’s research focuses on the development of protein-based bio-sensors and actuators to monitor and control the activity of cells with maximum precision. He plans to use these tools to expand optogenetic approaches into organs such as the heart and pancreas as well as stem cells. Andre received his Ph.D. in experimental biophysics in 2011 and a master’s in science in experimental and theoretical biophysics in 2007, both from Humboldt University of Berlin. His research was selected as a hot topic of 2014 by the Society for Neuroscience.

Azadeh Yazdan-Shahmorad joins UW next fall as the Washington Research Foundation Innovation Assistant Professor of Neuroengineering in the departments of bioengineering and electrical engineering. Azadeh is the recipient of two postdoctoral fellowships from the American Heart Association, providing funding for her current research at the University of California, San Francisco. She has developed new tools and techniques for implementing optogenetics in non-human primates (NHPs) and rats, and she currently uses these tools to induce and study targeted plasticity in sensorimotor connections in NHPs. Her long-term goal is to use neural technologies to develop stimulation-based therapies to help restore function and mobility in people with neurological disorders such as stroke. She received bachelor’s and master’s degrees in biomedical engineering at Tehran Polytechnic University and University of Tehran, Iran, respectively, and earned her Ph.D. in biomedical engineering from the University of Michigan in 2011. Azadeh is the recipient of the 2014 IEEE Brain Grand Challenges Young Investigator Award. Her research in targeted sensorimotor plasticity was selected as a hot topic of 2016 by the Society for Neuroscience. 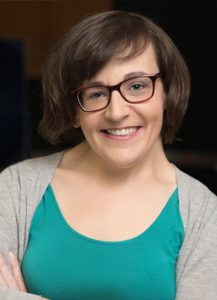 Amy Orsborn will join UW in January 2018 as the Clare Boothe Luce Assistant Professor in Electrical Engineering and in Bioengineering. Amy works at the interface of engineering and neuroscience to study motor learning and to improve brain-machine interfaces (BMI) to restore motor function to people with disabilities such as limb loss, stroke or spinal injury. Amy is currently a postdoctoral researcher in the Center for Neural Science at New York University, where she develops platforms to stimulate, record and map neural activity across multiple spatial scales. She combines neural circuit mapping with BMI to study how the brain adapts and learns complex skills. Her work also explores how to combine brain adaptation with machine learning to make BMIs that provide more natural and intuitive control for patients. She received her bachelor’s in engineering physics from Case Western Reserve University in 2007, and her doctorate degree from the UC Berkeley–UCSF graduate program in bioengineering in 2013. Amy has received fellowships from the National Science Foundation and American Heart Association, and in September was named a L’Oreal 2016 For Women in Science Fellow.

Hao Yuan Kueh, assistant professor of bioengineering, joined the department in August. An expert in systems and quantitative immunology, Kueh lays foundations for engineering immune cells to fight cancer and other life-threatening diseases. His lab studies how immune cells make fate decisions, both as they develop from stem cells, and as they respond to viruses, cancer cells and other foreign material. To understand how these fate decisions are made, he follows the dynamics of molecular circuits controlling cell fate in single cells using imaging; uncovers circuit components using genetic approaches; and explains underlying design principles using mathematical modeling. He and his team then use this understanding to engineer molecular circuits to precisely control therapeutic immune cells. Kueh previously was a postdoctoral scholar at the California Institute of Technology. He earned a bachelor’s in physics from Princeton University in 2002 and a Ph.D. in biophysics from Harvard University in 2008. In 2014, Kueh received a National Institutes of Health K99 Pathway to Independence Award.

Molly Blank joined UW Bioengineering in June as a lecturer in the Master’s of Applied Bioengineering program, where she will teach design innovation and prepare students for careers in industry. In 2015, she was selected as an Innovation Fellow at Carnegie Mellon’s Center for Innovation and Entrepreneurship for her work on a device to reduce unnecessary breast biopsies. A winner or finalist in multiple business competitions, she won the 2016 Pittsburgh Regional Hardware Cup Business Pitch Competition and she was a 2015 Top 10 Finalist in the US-India Science and Technology Endowment Fund. Molly invented an imaging system for breast cancer diagnosis and is forming a company to bring the technology to market. Molly earned her bachelor’s in mechanical engineering from the University of Washington in 2011 and her PhD from Carnegie Mellon University in January 2016. Hesam Jahanian, assistant professor of radiology, joins the UW from Stanford University, where he conducted post-doctoral research at the Center for Advanced Functional Neuroimaging. This complementary hire in the UW Department of Radiology will support the work of UW Bioengineering and neuroenginering teams. Hesam has developed several new magnetic resonance imaging (MRI) techniques to advance data acquisition and processing for imaging brain function and cerebral perfusion. At UW, Hesam’s lab will focus on developing ultra-fast functional MRI (fMRI) methods to optimally extract spatial and temporal characteristics of brain function and move fMRI towards a robust and diagnostic tool for clinical applications and treatment planning. His research will help advance understanding brain function in healthy and diseased states. Hesam earned his Ph.D. in biomedical engineering from the University of Michigan. Read Hesam’s Radiology profile.