Bioengineers are devising a hot new technology to remotely control the positioning and timing of cell functions to build 3-dimensional, artificial, living tissues. 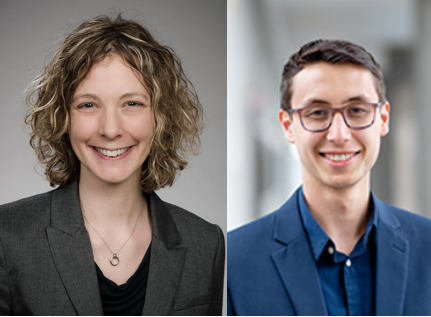 Kelly Stevens, assistant professor of bioengineering and pathology, and member of the UW Medicine Institute of Stem Cell and Regenerative Medicine, in collaboration with Jordan Miller at Rice University in Houston, is developing bio-printed, organ-like tissues, such as liver and lung constructs.

The Steven’s lab has the long-term vision of building liver tissues that simulate some of the many, complex functions of the organ. Those artificial tissues could be used to study, for example, how drugs or toxins act on the liver.

This vital organ is prone to damage from infections, medications, poisons, and common intoxicants, like alcohol. Liver disease affects more than 500 million people worldwide and accounts for more than 2 million deaths each year.

Eventually, researchers would like to be able engineer artificial tissues that could be surgically implanted to take over lost functions of diseased livers.

Dr. Stevens explained that the intricacies of the liver pose hurdles for artificial organ bioengineers. How do you prompt cells to assume their different functional roles and spatial positions as the organ takes shape? 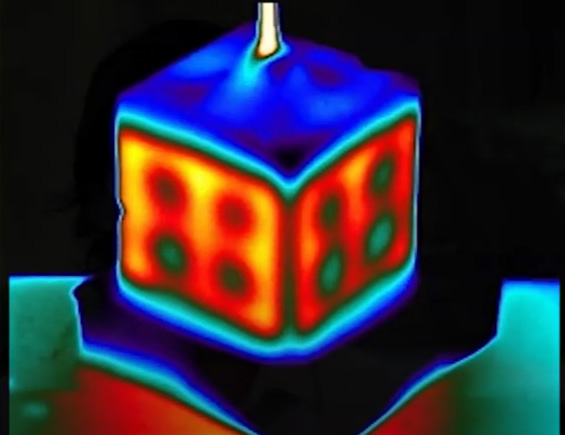 Just as employees in a factory have different responsibilities and work locations, so do groupings of cells within the liver. Liver cells get their job assignments from key genes that, through their protein expression profiles, guide them to their assigned spots to carry out their duties.

“The liver performs hundreds of critical functions,” the researchers noted in their project summary. To do so, there is a division of labor among liver cells.

“Rebuilding liver remains an enormous challenge,” the scientists said. The field is not yet able to create small features, such as the distinct metabolic zones found in natural livers. The researchers also noted that, to build a liver, their field must better understand how the organ is assembled and its physiology regulated by gene expression in cells.

In the Sept. 30 Science Advances, Dr. Stevens and lead author UW BioE graduate student Daniel Corbett, along with Cole DeForest, associate professor of ChemE and BioE, and their collaborators at Rice University, report their latest bio-printed creation. It is a thermofluidic technology that generates patterns that imitate the genetic profiles found in human livers. Read their paper here.

They designed the 3-D printed fluid systems to supply penetrating heat. The energy from these systems – like miniature versions of steam-heat radiators in older apartments — allows the researchers to manipulate the genetic wiring of cells deep inside artificial tissues.

The technology uses thermal patterns to trigger gene expression. The transfer of warmth from printed networks within the tissues activates the embedded cells’ transgenes, which are heat-inducible.

These manipulations could reveal how genetic patterning inside different cells drives the segregation of tissues and various liver functions. This knowledge could, in the future, not only suggest ideas for sculpting new, working organs from stem cells, but also for remotely managing implanted organ tissues to achieve a desired therapeutic response.

The researchers call their technology Heat Exchangers for Actuation of Transcription, or HEAT. The pathways they activated in their latest project are part of the Wnt signaling networks, which, the researchers explain, are important for regulating the development, maintenance and regeneration of body tissues throughout the animal kingdom.

“What I love about HEAT is that it’s an independent way to control gene expression compared to the other tools generally available for mammalian gene activation, such as those that rely on chemicals or light,” Miller said. “The elegance of HEAT is that we used mass transfer with flow to deliver the heat transfer. This works so well because both phenomena follow similar physical transfer laws.” 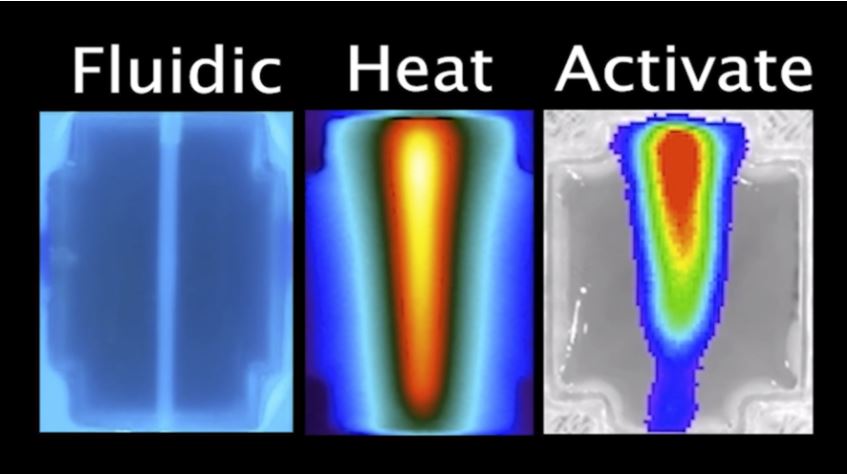 While their reported findings show the potential of HEAT, the researchers said they encountered limitations in fully controlling the timing and location of heat delivery by their first-generation system.

They researchers think design modifications might overcome some of the present limitations. This approach could also be coupled with other progress in tissue engineering.

They hope that further advances toward solving the enigma of stimulating the gene circuits of cells inside 3D tissues will, the reserchers write in their paper, “accelerate the development of artificial liver tissues models that could broadly impact basic and translational human biomedicine.” They said they believe such advances will create new avenues for biomanufacturing of 3D tissues and organs.

Top photo: A serpentine hydrogel channel infused with tonic water fluoresces under ultraviolet light (left) and an infrared tomography of a heat-perfused hydrogel shows that heat traces the path of fluid flow and dissipates into bulk hydrogel. Credit: Daniel Corbett