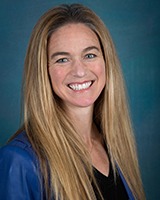 UW Bioengineering’s collaborative environment was one of the biggest draws for her, and she felt the department would expand her research horizons or inspire a new research direction. “After being here several months, it’s all been true,” she says. Through collaborations with colleagues at South Lake Union and she says, “extending out into the bioengineering world, I’ve seen different ways of making my research more available for true use. That’s one of the things that the BioE department is so good at – developing tools and really making the research accessible to the public.”

Dr. Davis has begun work with Chuck Murry, joint professor of pathology, cardiology and bioengineering, Mike Regnier, professor of bioengineering, and Deok-Ho Kim, assistant professor bioengineering.  “Coupling genetic techniques with the work the other investigators are doing is going to have such a powerful impact on shifting the current biologic paradigm, particularly in the heart world,” Dr. Davis says. “I think we’re going to make huge strides in testing questions because I bring the genetics and they bring all the engineering tools.”

Because the heart isn’t equipped to repair itself, researchers are engineering therapies to build new heart muscle to combat injuries and cardiac disease. UW bioengineers have made significant advances, but their work has met with barriers when it comes to the stiff scar tissue that competes with the new regenerated heart muscle.

That’s where Dr. Davis’s work comes in – she’s working on ways to get rid of the scars, making way for the healthy heart tissue to take over. She is working to understand how the heart repairs itself but rather than looking at the heart muscle cell itself – the main pumping unit – she studies fibroblasts, the support cells that help construct connective tissue and when triggered, are responsible for forming scars. 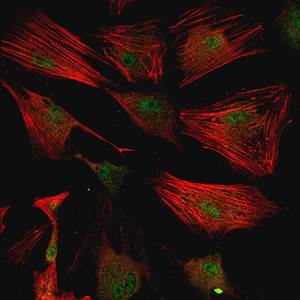 Fibroblasts secrete a cell-supporting matrix that provides structural and biochemical components that affect how heart muscle grows, heals and functions. Dr. Davis has developed programmable fibroblast models that allow her to control how much matrix the cells secrete, making them secrete more or less through genetic manipulation. “We’re trying to combine those models with re-muscularization therapies to see if we can improve the efficacy of the therapy,” she says. “Ultimately those therapies fail because they can’t integrate into the heart, and it appears they can’t integrate because my cells make scars.”

Through genetic engineering, Dr. Davis can manipulate the cells to either promote or block repair techniques and scarring. “The regeneration field hasn’t really tackled modulating the scar within the animal or human that’s been hurt and needs the scar modulated, so that’s what my program brings and we’re doing it from a very refined systematic genetic approach,” Dr. Davis says.

To get at an understanding of the scarring process, Dr. Davis first identified 40 potential genetic regulators that signal a fibroblast to turn into a scar-forming cell. So far, she has studied two of the biggest response-getters – a calcium channel called TRPC6 and an RNA-binding protein called muscleblind-like 1. She and her team are studying the role of each in mice genetically engineered to either lack or produce the regulators.

Dr. Davis and her team are currently working on how fibroblasts sense the calcium signal and how this triggers a change in the cell’s fate. The channel is also mechanically sensitive, and they are trying to uncover how it perceives changes in the mechanical environment. Injury to the heart causes changes in shear stress and the muscle also becomes stiffer. Dr. Davis suspects the calcium channel senses those changes and deploys a response to deal with them. In addition to studying its role in mice, she engineered cells that are missing the channel, and is collaborating with Dr. Kim to learn more about the pathway, using his cell-growing surface technology, which allows them to change both the stiffness and the topography of the mechanical environment.

In research done while she was at Cincinnati Children’s Hospital Heart Institute and published in Nature Communications in December 2015, Dr. Davis and her colleagues established the role of muscleblind-like 1 protein in promoting the transformation of fibroblast cells into scar-forming cells. She and her team now are working to understand how the protein is regulated in hopes of further tinkering with its function.

Dr. Davis’s main focus is on the heart, but she also plans to extend her work into skeletal muscle, lung tissue and skin. 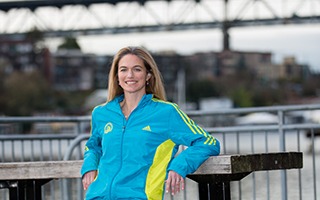 Marathon runner Jennifer Davis logs 50 miles in a typical week and says the really long runs inspire some of her best scientific ideas.

When she’s not doing science, Dr. Davis, an avid marathon runner, is probably out running, sometimes with her two dogs. She typically runs about 50 miles a week, but when she’s training for a marathon, the miles can jump into the 80s. She’s run three Boston Marathons, the New York Marathon and many others, including the Goofy Challenge at Disney World, Cincinnati’s Flying Pig Marathon, Big Sur in California and the Mayor’s Midnight Sun Marathon in Alaska. What started as a way to relieve stress in graduate school has another benefit, she says: “Most of my best scientific ideas happen on really long runs.” Perhaps fortunately for her as well as the UW, Seattle has lots of running trails.