The UW Department of Bioengineering is excited to announce the recruitment of stem cell expert Jennifer Davis (Cincinnati Children’s Hospital Medical Center) and human tissue engineer Kelly Stevens (Massachusetts Institute of Technology) to our faculty. The new tenure-track assistant professors will join the University of Washington’s world-class team in smart biomaterials, stem cell biotechnology and tissue engineering, creating a powerhouse cluster of faculty in the area of cardiac regeneration research and translation.

The Department of Bioengineering, a joint department in the School of Medicine and the College of Engineering, is one of the first bioengineering departments established in the U.S., and has been ranked among the top ten programs in the nation since its inception.

“Jen and Kelly are rising stars in stem cell and regeneration sciences who will accelerate advancement toward our first-in-human cardiac stem cell clinical trials, part of the Heart Regeneration Program led by Professor of Bioengineering and Pathology Charles Murry,” says Cecilia (Ceci) Giachelli, the W. Hunter and Dorothy Simpson Endowed Chair in Bioengineering. 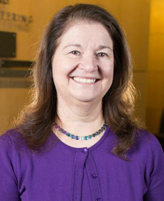 In February, the University announced the appointment of Dr. Giachelli as department chair. In her research, she applies stem cell and regenerative medicine strategies to block unwanted calcification caused by disease and biomaterials use, and to promote healing, biocompatibility and biomineralization. The new hires further her goals for the department – increasing the department’s ability to make an impact through strategic hires, innovative research and its translation to the clinic, she says.

“Our university is committed to solving the world’s greatest challenges, and the faculty, staff and students of the Department of Bioengineering exemplify this commitment,” says Ana Mari Cauce, UW interim president. “With the addition of these excellent scientists, Professor Giachelli is leading the department in advancing the UW’s mission as we seek innovations in health care for the greater good.”

Modern health care is struggling to address chronic diseases such as heart failure, diabetes, neurodegeneration, osteoarthritis and blindness. These diverse conditions share a common principal – the body is missing a critical population of cells. Stem cells offer the building blocks to repair the body when combined with the ability to engineer cell environments. 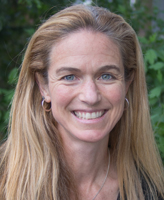 Dr. Davis, a cellular and molecular physiologist, uses genetic engineering to study the biology of cardiac wound healing and remodeling. Specifically, she investigates the role of scar tissue in repair processes and how it affects heart muscle function and prevents regeneration. Dr. Davis identified a key set of molecular signals that activate scar-forming myofibroblast cells, and she has successfully engineered them to either promote or block scarring, both at the cellular level and in genetically modified mice. Dr. Davis earned her Ph.D. in Molecular & Integrative Physiology at the University of Michigan, followed by postdoctoral training at the Cincinnati Children’s Hospital Heart Institute. In 2014, she won the Louis N. & Arnold M. Katz Basic Science Research Prize for Young Investigators from the American Heart Association. 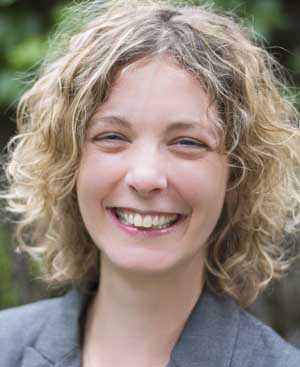 Dr. Stevens works to develop therapies to ultimately help patients with heart and liver disease. Her research uses diverse tools from tissue engineering, stem cell biology, micro/nanotechnology and bioprinting to control the processes of cell assembly and development. She builds human platforms to understand and treat infectious disease, studies cell programming in human development and controls artificial tissue to regenerate organs in animals. She has made significant contributions to vascularizing engineered tissue. She used micro-patterning techniques to create pre-patterned blood vascular cells that morph into functioning human blood vessels when transplanted into live animals. Dr. Stevens earned her Ph.D. in Bioengineering from the University of Washington in 2008, and completed postdoctoral training at MIT.

The work in the Heart Regeneration Program is the most advanced among the regeneration programs at UW. In principle, Dr. Murry says, “If we’re successful in heart regeneration, the hope is that we will be able to have success with diabetes by providing new insulin-producing cells, blindness by providing new retinal cells for the eye, and with arthritis by resurfacing people’s joints with new cartilage. Many of the same principles should apply. Solving the first one will be hardest.”

Kelly Stevens has developed new methods to pattern multiple populations of cells in engineered synthetic tissues (left and right). When these tissues are patterned properly and implanted in living animals (center), she is able to steer human vascular networks (pink) to supply blood (white) to replacement hepatocytes, the major functioning cell of the liver (yellow).

The stem cell platforms under development at UW will be useful for tissue regeneration as well as for studying and developing new treatments for infectious and genetic diseases, Dr. Murry says.

“The UW has long been a cauldron of innovation of great impact,” says Lee Huntsman, UW president emeritus and professor emeritus in bioengineering. “This place is leveraging its talent, its culture and its opportunities in very imaginative ways, and the bioengineering department is going to lead into the future with its inherent strength and its drive for quality and impact.”

This type of complex team-based science builds on the UW culture that allows new kinds of collaborations and rapid progress.

Jennifer Davis uses genetic engineering to identify new molecular signals that turn fibroblasts into scar-forming myofibroblasts, which are crucial for wound healing and tissue remodeling (left and right). Using a different combination of factors, she can reprogram fibroblasts into skeletal muscle (center) or other cell types.

“There’s something in the DNA here at the University of Washington where people like to work together and it makes it a much easier place to do team-based science,” Dr. Murry says. “It also makes it a great place for students to train – they acquire an incredible tool chest of skills.”

Drs. Davis and Stevens will be part of the Institute for Stem Cell & Regenerative Medicine and the Center for Cardiovascular Biology. They will join the following bioengineering members of the team:

Dr. Davis will join the faculty on campus in August 2015, and Dr. Stevens will arrive in January 2016.