UW Bioengineering graduating seniors Alejandro Diaz and Parker Ruth, who is also earning a degree in computer science and engineering, have each received the 2021 College of Engineering Dean’s Medal for Academic Excellence.

The Dean’s Medal is awarded annually to two exceptional students in the College of Engineering. Students must meet specific eligibility requirements and are selected from among those nominated by department chairs and reviewed by a selection committee. Selection criteria include grades, rigor and distribution of coursework, research experience, extracurricular activities and leadership. 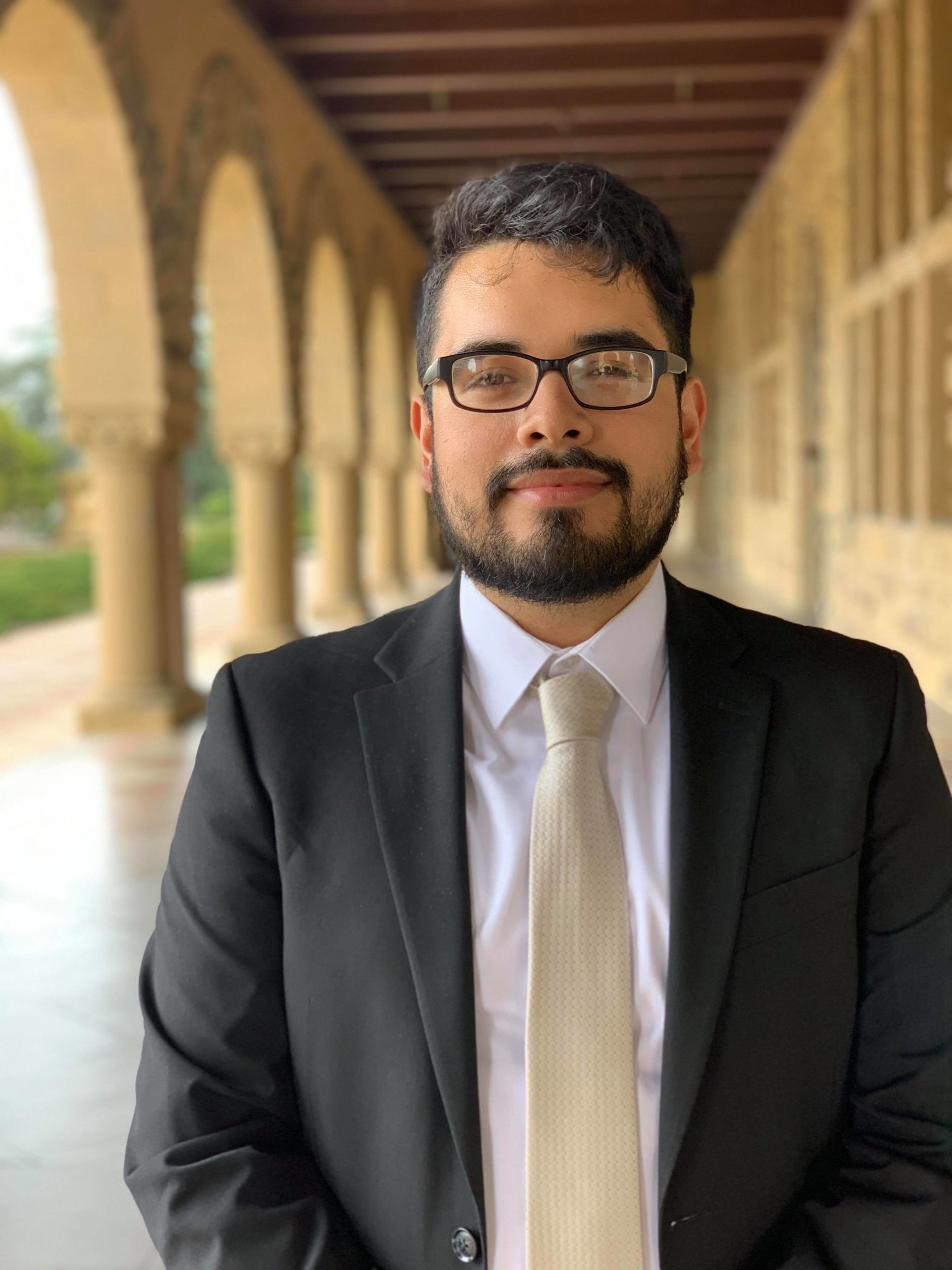 Under the guidance of Dr. Rajiv Saigal, assistant professor of neurological surgery and adjunct assistant professor of bioengineering, Alejandro’s research project focused on making microfabricated devices for cell electrical stimulation and controlled drug delivery. The goal was to see if electro-stimulation can promote osteogenesis – a process used to form new bones after spine trauma. This procedure involves using an electrically conductive polymer called polypyrrole together with microfabricated electrode arrays to study the effects of stimulation on osteoprogenitor cells. He is co-author on a patent application with Dr. Saigal on an implantable system to improve spinal fusion surgery and promote bone growth.

“Alejandro is an exceptional young researcher,” said Dr. Saigal, who nominated Alejandro for the Dean’s Medal. “For an undergrad, he has an unbelievable grasp of technical information. He clearly understands the science behind his work. In his future career, Alejandro will no doubt contribute to useful and important technologies. He is highly deserving of the COE Dean’s Medal. He is brilliant and hard-working.”

Hailing from Yakima, Wash., Alejandro was attracted to the UW for a few reasons. He appreciates that the University has a strong Office of Minority Affairs department. Additionally, when a UW recruiter visited Eastern Washington twice to talk to minority students, Alejandro saw there was support for Latinx students. Coming from a family of migrant workers and the first in his family to attend college, Alejandro appreciated the UW’s level of support for the transition from a small high school to the University.

“Alejandro is an exceptional young researcher. In his future career, Alejandro will no doubt contribute to useful and important technologies.”  – Dr. Rajiv Saigal

When asked what the award means to him, Alejandro said, “I was shocked because I don’t know a lot of people with my background who get into the UW and the College of Engineering. This was a really great moment for the community I came from. Coming to the UW was a fresh restart for me. I can redefine myself.”

After graduating in June, he plans to work as a research assistant. In 2022, Alejandro hopes to be accepted into medical school or a M.D.-Ph.D. program, a dual doctoral degree for physician-scientists. He wants to give back to his community and address the medical inequities in the Latinx community.

Alejandro is currently supporting his community through his volunteer work. He is a Spanish interpreter with Casa Latina to help medical students communicate with Latinx workers. He also volunteers at Roots Shelter to help address homelessness in Seattle. For Alejandro’s honors project, he assisted in producing video and worksheet materials to teach Eastern Washington high school students about bioinformatics. 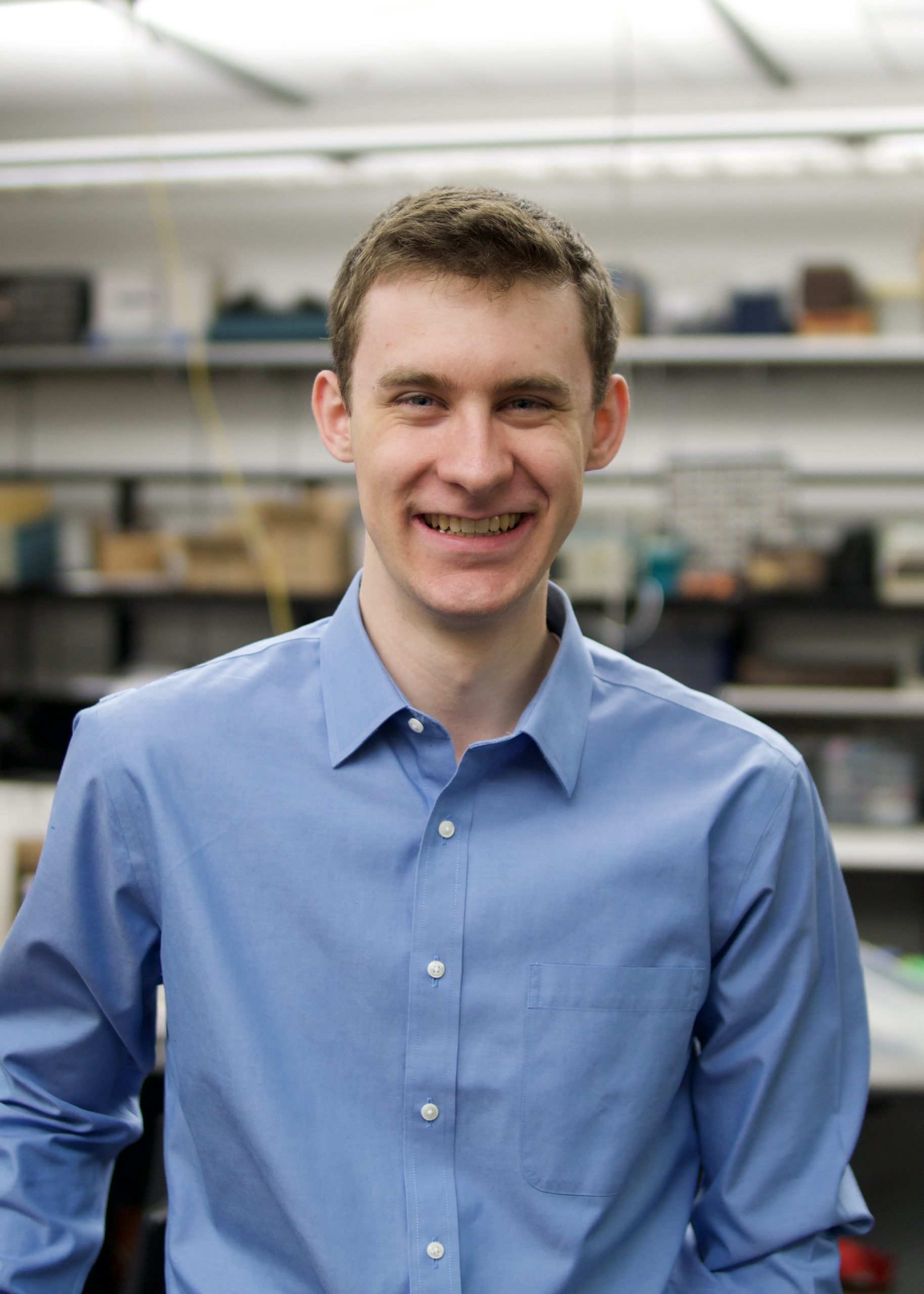 As a member of the Ubiquitous Computing Lab (UbiComp) advised by Shwetak Patel, a professor in the Paul G. Allen School of Computer Science & Engineering and electrical engineering, Parker is working on wearable devices to improve equitable access to quality health care. His research focuses on augmenting technology that people already have at home, such as a smartphone. By downloading an app the devices can be used to predict medical conditions, including strokes and osteoporosis. These mobile health systems will measure medical vital signs and risk factors.

Prior to his time in the UbiComp lab, Parker worked with Associate Professor of Bioengineering Barry Lutz on a project to help people struggling with drug resistant HIV. He built image processing software to reduce human error in reading test results. He also worked in Eric Klavins’ lab, professor of electrical engineering and adjunct in bioengineering.

“Parker has demonstrated unprecedented work ethic, creativity, rigor and a strong ability to present his work to a general audience,” said adviser Dr. Patel. “On top of that, he is the most humble and selfless person you will ever meet.”

After graduating this June with a dual degree in computer engineering and bioengineering, Parker will start his Ph.D. in the computer science program at Stanford University in the fall. He will continue working on the intersection of computers and health, using engineering principles to help solve human needs.

In addition to being honored with the Dean’s Medal, Parker received a 2021 National Science Foundation Graduate Research Fellowship grant and a Tau Beta Pi Fellowship to study at Stanford. In 2020 he was named a Goldwater Scholar and was selected as a  Husky 100 student. Parker is also part of the UW Interdisciplinary Honors Program.

Parker considers his mom, Natalia Ruth, a role model. “She has dedicated so much to support me in my personal and professional growth,” he said. “I was homeschooled, so our house was both a home and classroom.” His mom also taught Parker’s sister, Kimberly Ruth, who was awarded the Dean’s Medal in 2020. “The Dean’s Medal is a huge honor,” Parker said. “My parents are extremely proud.”

When not spending time studying and conducting research, Parker enjoys playing piano to relax. Classical, jazz and Latin are some of his favorite genres.