Princess Imoukhuede, a leader in systems biology research, engineering education, and academic diversity initiatives, has been named the new chair of the Department of Bioengineering at the University of Washington.

She will hold the Hunter and Dorothy Simpson Endowed Chair and Professorship, effective Jan. 1, 2022. Dr. Imoukhuede (pronounced I-muh-KWU-e-de) joins the UW from the McKelvey School of Engineering at Washington University in St. Louis, where she is an associate professor of bioengineering and director of diversity initiatives.

During the national chair search, Dr. Imoukhuede was distinguished by her clear vision for the department, according to a letter announcing her appointment and jointly signed by Nancy Allbritton, the Frank & Julie Jungers Dean of Engineering and professor of bioengineering, and Paul G. Ramsey, CEO of UW Medicine and dean of the UW School of Medicine. They noted that her presentations emphasized academic leadership, scholarship and teaching anchored in technical and inclusive excellence, and that her experience in heading diversity initiatives positions her to align the Department of Bioengineering with UW Medicine’s and the College of Engineering’s shared priorities in diversity, equity, and inclusion.

In a UW Medicine news release, Dr. Imoukhuede said she is looking forward to the collaborative atmosphere at the UW Department of Bioengineering.

She added, “This is the perfect time to do so because of the launch of the College of Engineering strategic plan, which among its many goals aims to ‘accelerate solutions to critical health care issues.’” Dr. Imoukhuede said she is excited to help lead these efforts and to work with Tueng Shen, professor of ophthalmology and the new associate dean for medical technology innovation at UW Medicine and the College of Engineering, to expand collaboration across bioengineering and medicine.

Research on vascular signaling; oxytocin in labor and delivery 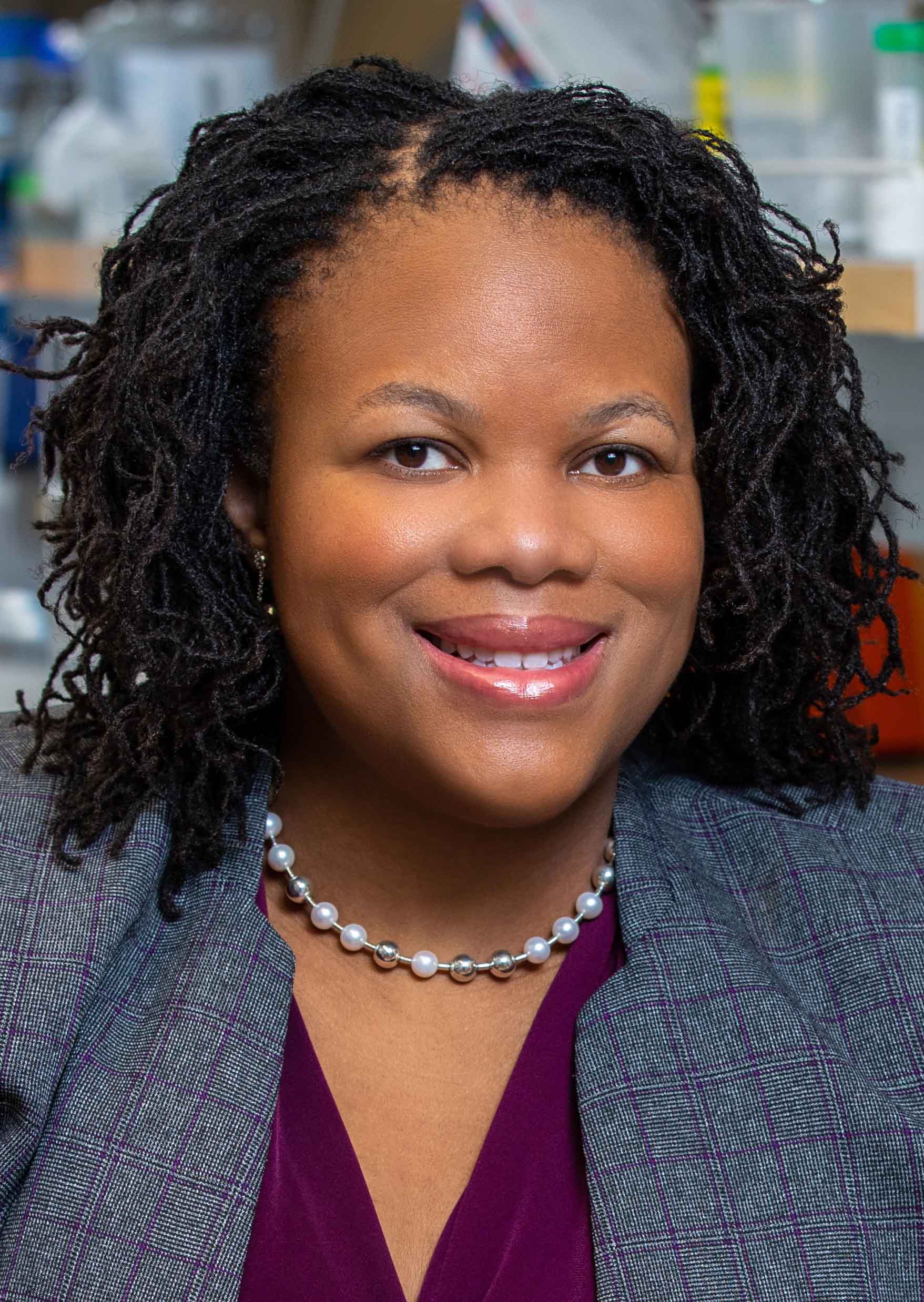 Princess Imoukhuede will be the Hunter and Dorothy Simpson Endowed Chair and Professor in UW Bioengineering.

Dr. Imoukhuede’s main research interests are the many signals and receptors that regulate the formation of blood vessels. This field is important in understanding wound healing, but also in several disorders such as heart disease, diabetes, and cancer. Many tumors, for example, produce a network of new blood vessels to nourish their interior cells and sustain their abnormal growth.

Dr. Imoukhuede also leads NIH-funded obstetrical research using both quantitative methods and computational modeling to improve the efficacy and safety of administering oxytocin during childbirth. Oxytocin is a peptide hormone that stimulates uterine contractions for labor and the let-down reflex for breastfeeding.

These and her other collaborative research efforts have led to 120 conference abstract presentations, 70 invited lectures, two patents and two provisional patents.

Her work has also been recognized with numerous honors and awards, including the Biomedical Engineering Society 2021 Mid-Career Award, BMES Fellow, AIMBE Fellow, IMSA Distinguished Leadership Award, National Science Foundation CAREER Award, the Young Innovator in Nanobiotechnology Award, the AIChE Journal Future Series in 2019, and she was named one of the 1,000 “inspiring Black scientists” by Cell Mentor last year.

Honors and leadership while at MIT, Caltech and Johns Hopkins

Dr. Imoukhuede received her bachelor’s degree in chemical engineering from the Massachusetts Institute of Technology (MIT), where she conducted drug delivery research in the lab of Robert S. Langer. Her research at MIT earned her the coveted Class of 1972 award, presented annually to the project that most improves quality of life for people or that benefits the environment.

An NCAA All-American athlete, Dr. Imoukhuede received the 2002 Betsy Schumaker Award (known as the MIT female athlete of the year); she was selected to a COSIDA/VERIZON Academic All-America team; and she received an NCAA postgraduate scholarship. She also served as president of the MIT Committee on Multiculturalism, president of the MIT chapter of the American Institute of Chemical Engineers (AIChE), and held both chapter and zone offices in the National Society of Black Engineers (NSBE).

Dr. Imoukhuede did her graduate studies in bioengineering at the California Institute of Technology (Caltech). Her research in nanotechnology earned her the Kavli Nanoscience Institute Award with her graduate research supported by the National Institutes of Health. She was the first African-American woman awarded a Ph.D. in bioengineering at Caltech. and was only the second African-American woman to earn a Ph.D. from Caltech’s Division of Engineering and Applied Science.

Dr. Imoukhuede completed a postdoctoral fellowship in the biomedical engineering department at the Johns Hopkins University School of Medicine. She was one of 10 postdoctoral fellows nationwide to earn the prestigious United Negro College Fund/Merck Postdoctoral Research Fellowship, one of six young investigators to earn the FASEB Postdoctoral Professional Development Award, and she received a Poster Award at the biennial Gordon Conference in Angiogenesis. The National Institutes of Health supported her postdoctoral work.

During the chair search and selection, Mike Regnier, professor of bioengineering, served as interim chair of the department. Dr. Allbritton and Dr. Ramsey expressed their appreciation to him for his critical leadership during an especially challenging time.

“Mike advanced the department’s education and research mission while navigating the uncertainties of the COVID-19 pandemic, including remote learning and campus re-opening,” they wrote. “At the same time, he also has supported students, faculty and staff as the department reckons with and responds to racial injustice through equity, diversity and inclusion efforts. We are indebted to Mike and look forward to working with him through this leadership transition.”

They also thanked the members of the search committee for their time and dedication.