Six UW Bioengineering students have been named to the inaugural class of the Husky 100. Undergraduates Ian Andrews, Krittika D’Silva, Natacha Comandante Lou, Anastasia Nicolov and Dominic Tran, and graduate student Gary Liu are among 100 UW students from Bothell, Seattle and Tacoma campuses in all areas of study making their most out of their time at UW.

The Husky 100 are actively a difference on campus, in their communities and for the future. Students are selected based upon their ability to demonstrate a mindset of discovery, commitment to inclusive community, capacity for leadership, readiness for life’s next steps and willingness to experience learning beyond the classroom. Husky 100 students will be recognized at an event in spring quarter, and will benefit from future opportunities to network with UW students, alumni, faculty, staff and business leaders.

Learn more about the Husky 100 at UW Student Life.

Senior Ian Andrews works in Assistant Professor Barry Lutz’s lab, where he investigates point-of-care diagnostics for global health. His research currently focuses on developing a low-cost, paper-based multiplexable assay for drug resistant HIV. With his work, he aims to increase access to disease testing in low-resource settings like the developing world, where high-tech, expensive and complex lab-based testing that is done in developed regions is out of reach.

After graduating, Ian will pursue a Ph.D. in Biological Engineering at MIT.

Previously, she worked with Professor Joan Sanders to develop technology for individuals with lower-limb amputations. She also collaborated with Professor Paul Yager’s lab to build software for integrating smartphones with point-of-care disease diagnostics.

She currently serves as Vice Chair of ACM-W, an organization that supports, celebrates and advocates for women in computing.

Krittika has accepted a Gates Cambridge fellowship, and will begin graduate study at the University of Cambridge in the UK in the fall. 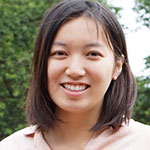 Natacha Comandante Lou is a senior international student from Macau. She became involved in bioengineering research as a sophomore after joining Assistant Professor Kim Woodrow’s lab. Currently, she is developing nanoparticles that program dendritic cells for use in vaccination to prevent HIV and other sexually transmitted infections.

After graduating, she plans to complete a Ph.D. and pursue a career in biomedical research.

Natacha was featured in a 2015 UW College of Engineering video.

As a bioengineering and applied music double major, Anastasia Nicolov splits her time between researching biomaterials and polymer chemistry in Professor Buddy Ratner’s lab, and studying violin performance in the UW School of Music. She is the project manager of UW’s iGEM (International Genetically Engineered Machine) team, an interdisciplinary group of undergraduates that works on synthetic biology projects and participates in an annual international competition. She is involved with Tau Beta Pi Engineering Honor Society, the College of Engineering Peer Mentoring program and BioE’s new student journal, Denatured.

Anastasia is a member of the UW Symphony Orchestra and the Seattle Youth Symphony. She plans to work for a year in biotech industry after graduation before applying to medical school. 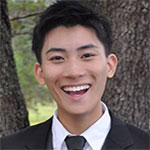 As a senior undergraduate researcher in Assistant Professor Ying Zheng’s lab, Dominic Tran investigates thrombotic microangiopathy, which is characterized by endothelial activation and microvascular thrombosis. He is working towards developing an in vitro microvascular platform that mimics in vivo arteriole architecture and function. Currently, he is characterizing the platform’s cells to determine their physiologic relevance and similarity to in vivo cells. Dominic hopes that his work will help researchers gain further insight into the mechanism of arteriothrombosis, and aid in the development of preventative and therapeutic medicine.

Following graduation, Dominic will work as a full-time research technician at Seattle Children’s Research Institute in downtown Seattle. In a few years, he plans to go to medical school.